Montessori schools are a school like no other. They are filled with inviting materials, focused students, and a sense of serenity and peace.

In a traditional American classroom, children spend their day working with a curriculum that is taught by a teacher. Montessori learning looks completely different. In fact, Montessori teachers are known as guides. A Montessori guide observes and creates an environment for the child.

Children learn from hands-on activities known as 'works,' which are chosen by them. They flow freely through the classroom after finishing one work and moving on to the next. Essentially, the curriculum is aligned with each child instead of being "one size fits all."

There are no grades.

Instead of working towards letter grades, children learn by mastery. They learn concepts at the very basic level and keep progressing higher and higher. Since there are no grades, there are no tests either.

Children do not feel the pressure or stress to study for an exam. Maria Montessori explained this in From Childhood to Adolescence by saying, “My vision of the future is no longer people taking exams and proceeding then on that certification . . . but of individuals passing from one stage of independence to a higher [one], by means of their own activity throughtheir own effort of will, which constitutes the inner evolution of the individual.”

Children work on manners and being polite.

You won’t find manners on a typical school curriculum, but you will find it in a Montessori. It is also known as Grace and Courtesy. Grace and Courtesy lessons help children learn how to greet one another, how to solve a disagreement, how to respect others, how to clean up after themselves, and more.

Overall, Montessori puts a high value on social/emotional learning and developing the whole child instead of just academics.

A Montessori classroom has mixed ages. It is divided by 3-6 year-olds, 6-9 year-olds, 9-12 year-olds, and 12-14 year-olds . In case you’re wondering, they aren’t combining classes because of lack of enrollment or space.

This intentional practice is used so that children can learn from their peers, which also happens to be one of the most powerful ways that children learn. Once children have mastered a work, they can guide another child in the classroom. In reality, adults interact with one another in mixed age setting, so it makes sense for children to do this as well.

There are no shoes.

If you walk into a Montessori classroom, you will notice right away that children aren’t wearing shoes. They may even be wearing slippers.

By removing shoes that are worn outside, the classroom is kept much cleaner. Additionally, children who don’t wear shoes in school feel more comfortable in these classrooms and say that they learn better. Plus, they are quieter and more calm.

Since children don't need to all face forward in class to listen to a teacher, there is no need for desks. Instead of desks, children sit at small tables or on the floor with work mats. The extra space allows the children to move throughout the classroom much more easily and to independently choose their works for the day.

There are breakable and fragile items.

In a traditional classroom, vases, glass pitchers, and anything breakable is avoided. But when you walk into a Montessori classroom, there are many items that are breakable and fragile, and they are accessible to the children. Even preschoolers.

Instead of teaching children to avoid breakable items, a Montessori classroom invites children to learn to treat items with care and respect. Some works are completely centered around this such as arranging real flowers in a vase or pouring water from a porcelain pitcher.

Overall, the Montessori classroom is set apart in it's calming and inviting nature for children to learn and explore. One of the best ways to understand the Montessori philosophy is through the words of Maria Montessori herself: “The child is both a hope and a promise for mankind.” 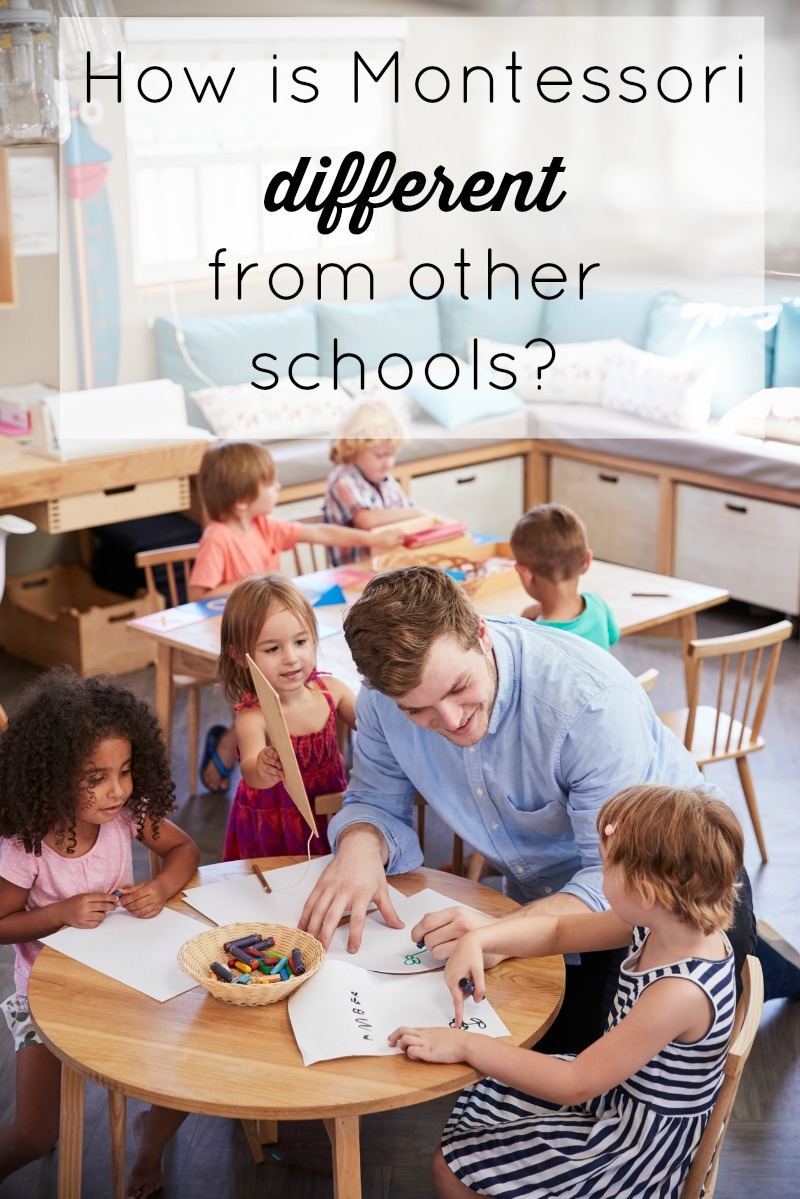 School life is very good now i am a business man and need loan my friend refer this website : https://www.kuflink.com/innovative-finance-isa/

Kuflink Innovative Finance ISA, offers up to 7% pa returns ranging from 1, 3 and 5 year terms. IFISA's are fixed term and tax-free. No platform/investment fees.

Education is one of the main important things in our children's future , so that's why I should recommend child education insurance.

Yes, I've heard about this school. This is a great method. Each parent should leave time for themselves. I post it on this site https://lobstermania2.net/.

An Amusing Lobster Hunt: Review of the Game Lobstermania

Play the Lobstermania 2 slot machine, feel the joy of risk, and win a decent amount! The gameplay will be hot, and funny lobsters are waiting for you!

Montessori schools are well organized and better institutes. This article shares information about them that there are 7 surprising facts about Montessori schools but now edugeeksclub review help students a lot regarding their assignments. The fact which I liked the most is there is no grading system in the school. Keep sharing more like this.

Carpet Cleaning York offers the best cleaning services in town. From carpet cleaning, ​upholstery cleaning, to stain removal, end of tenancy cleaning, we are known to our customers for the high quality and yet affordable prices. Call us for a Free quote.

Brilliant videos to teach kids to tie their shoes

These brilliant videos make shoe tying simple as they teach children how to tie their shoes step by step.

Dear Kindergarten, I Really Miss You

I remember my kindergarten days filled with art, recess, music, and playing, and I wonder if they have vanished.